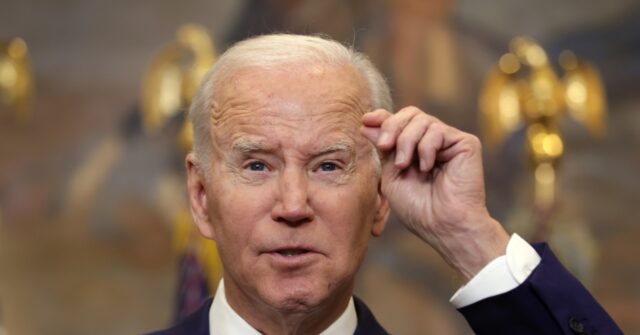 President Joe Biden announced Wednesday afternoon he has approved sending 31 Abrams M1 main battle tanks to Ukraine, in an escalation of U.S. support for the war as it nears the one-year mark.

“With spring approaching, Ukrainian forces are working to defend the territory they hold and preparing for additional counter offenses to liberate their land. They need to be able to counter Russia’s evolving tactics and strategy on the battlefield in the very near term. They need to improve their ability to maneuver and open terrain, and they need an enduring capability to deter and defend against Russian aggression over the long term,” Biden said.

“Today, I’m announcing that the United States will be sending 31 Abram tanks to Ukraine, the equivalent of one Ukrainian battalion,” he said.

Biden did not mention the costs, but shortly after his remarks, the Department of Defense announced a package of $400 million under its Ukraine Security Assistance Initiative (USAI).

“This $400 million USAI package represents the beginning of a contracting process to provide additional capabilities to Ukraine,” the Department of Defense said in a press release.

The package would include: 31 Abrams main battle tanks with 120mm rounds and other ammunition; Eight Tactical Vehicles to recover equipment; Support vehicles and equipment; and Funding for training, maintenance, and sustainment.

The new package brings the total of U.S. security assistance committed to Ukraine to $27.8 billion since January 2021. The overall U.S. commitment to Ukraine since then is approximately $113 billion.

Biden said the U.S. would also give Ukraine the spare parts and equipment necessary to sustain the tanks on the battlefield, and that Ukrainian troops would be trained on sustainment, logistics, and maintenance “as soon as possible.”

However, he said, “Delivering these tanks to the field is going to take time.” Neither he nor senior defense officials who briefed reporters earlier specified when the tanks would get there or Ukrainian forces would be trained on how to operate them.

Biden said the move was recommended by Defense Secretary Lloyd Austin, although for months defense officials have expressed reservations that the advanced tanks were the right tools for Ukrainian troops at the moment, due to the complicated training and maintenance requirements.

But the move comes after intense international pressure to send the tanks.

Earlier in the day, Germany announced it would send 14 Leopard 2 tanks to Ukraine, signaling a break in an impasse among NATO members over whether to send advanced tanks to Ukraine. The U.S. had supported Germany sending Leopard 2 tanks, but Germany was reluctant to send them without a commitment from the U.S. to send Abrams tanks.

Biden denied Germany forced him to send the tanks, saying, “We wanted to make sure we were all together.”

He added, “We’re with you for as long as it takes, Mr. President.”